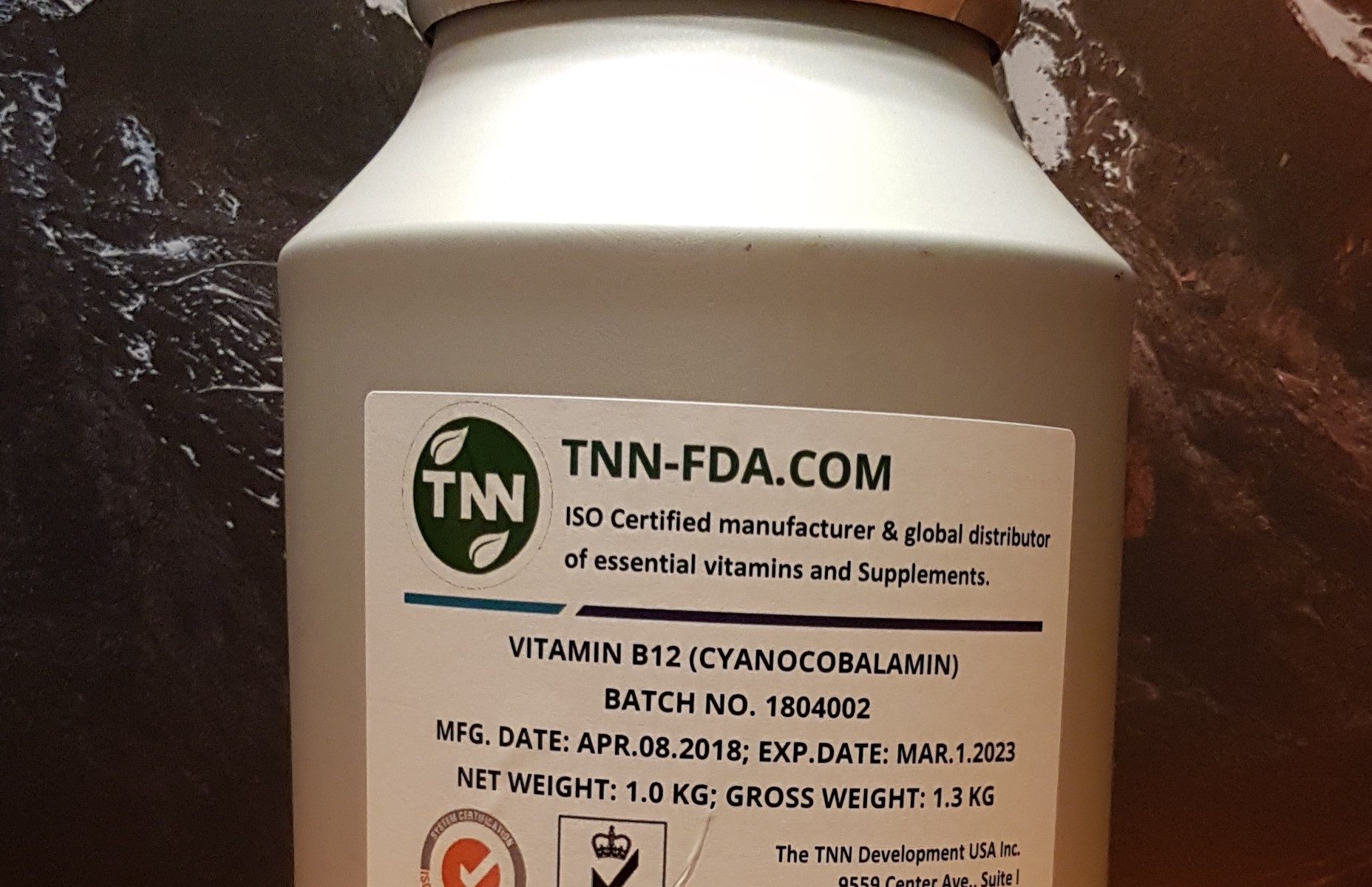 Vitamin B12 or Cyanocobalamin-1 KG

10 in stock (can be backordered)

Cyanocobalamin is a man-made form of Vitamin B12 used to prevent and treat low blood levels of this essential vitamin. Most people get enough Vitamin B12 from their diet. Vitamin B12 is naturally found in animal foods, including meats, fish, poultry, eggs and dairy. However, it can also be found in products fortified with B12, such as some varieties of bread and plant-based milk.  Vitamin B12 is important to maintain the health of your metabolism, blood cells, and nerves. Serious vitamin B12 deficiency may result in a low number of red blood cells (anemia), stomach/intestine problems, and permanent nerve damage.

Vitamin B12 deficiency may occur in certain health conditions (such as intestinal or stomach problems, poor nutrition, cancer, HIV infection, pregnancy, old age, alcoholism). It may also occur in people who follow a strict vegetarian (vegan) diet.  It plays an essential role in the production of your red blood cells and DNA, as well as the proper functioning of your nervous system.

B12 deficiency is common, especially in the elderly. You’re at risk of deficiency if you don’t get enough from your diet or aren’t able to absorb enough from the food you eat.

People at risk of a B12 deficiency include:

Low levels of B12 cause your folate levels to drop. However, if you have a B12 deficiency, correcting low folate levels may simply mask the deficiency and fail to fix the underlying problem

There are no reviews yet.